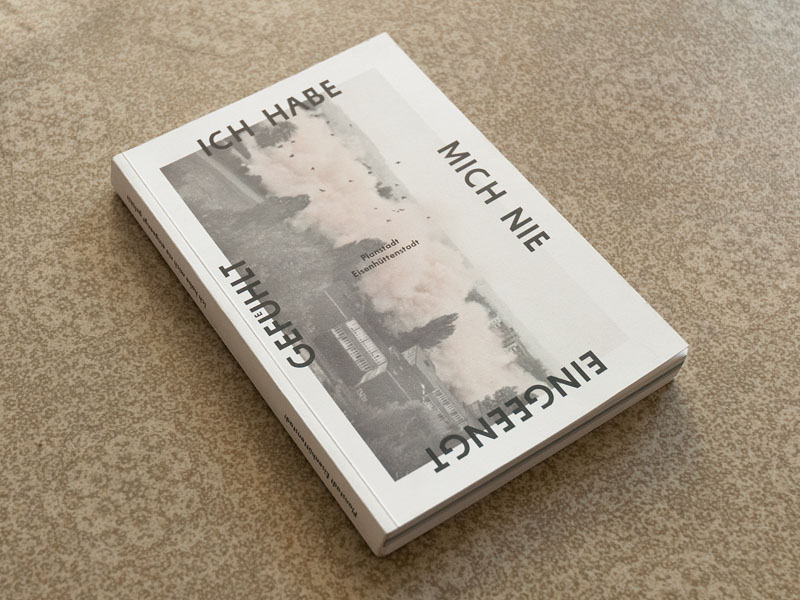 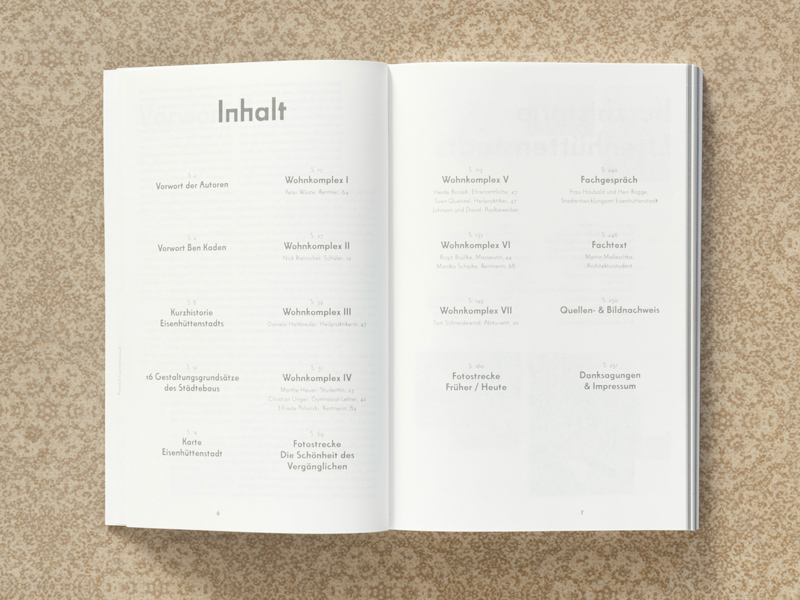 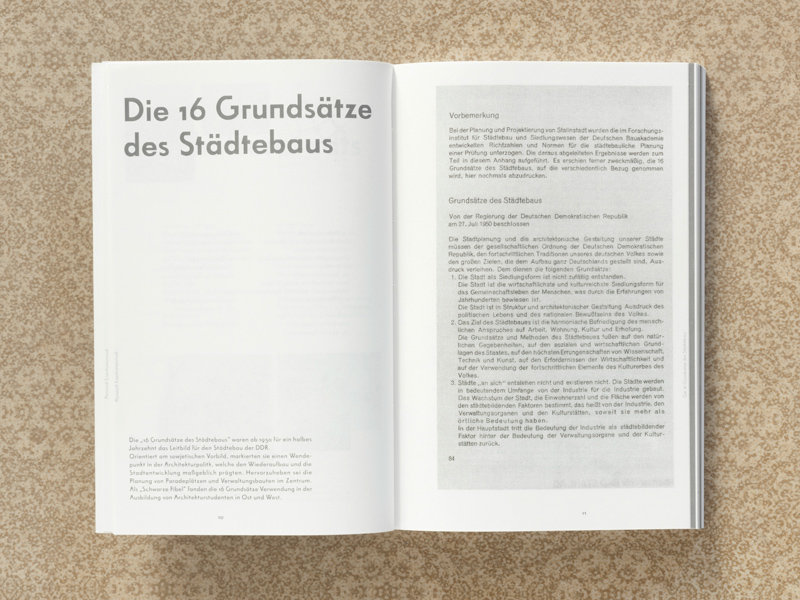 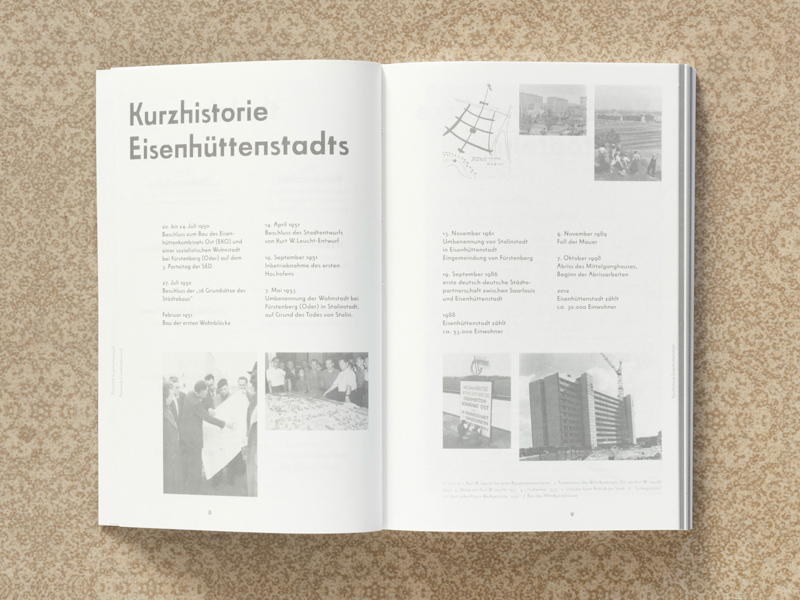 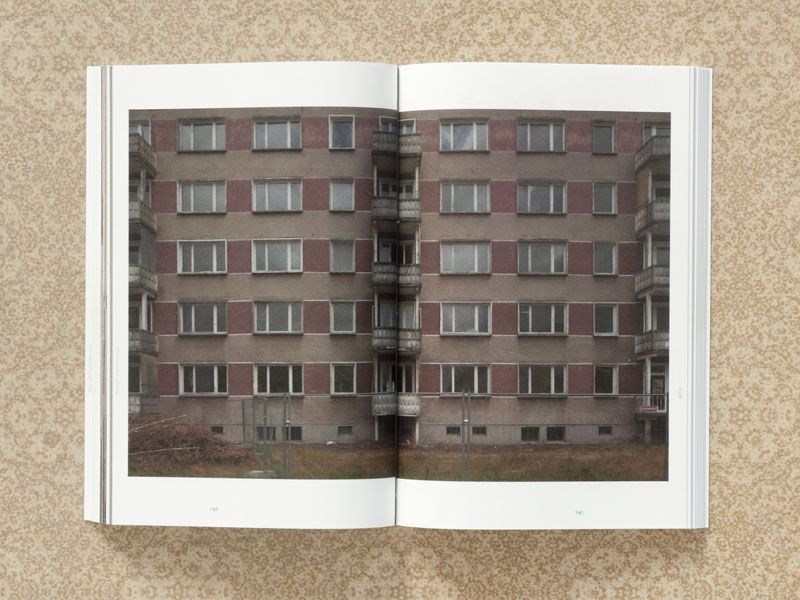 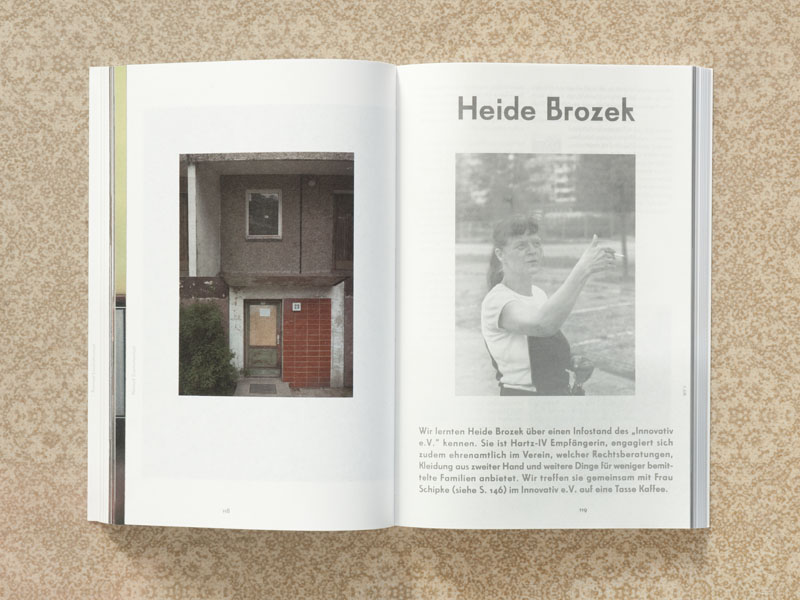 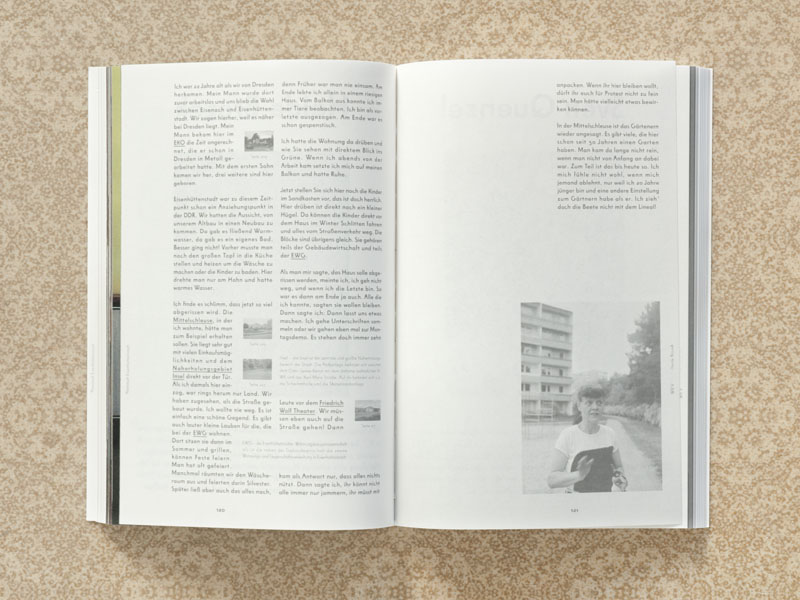 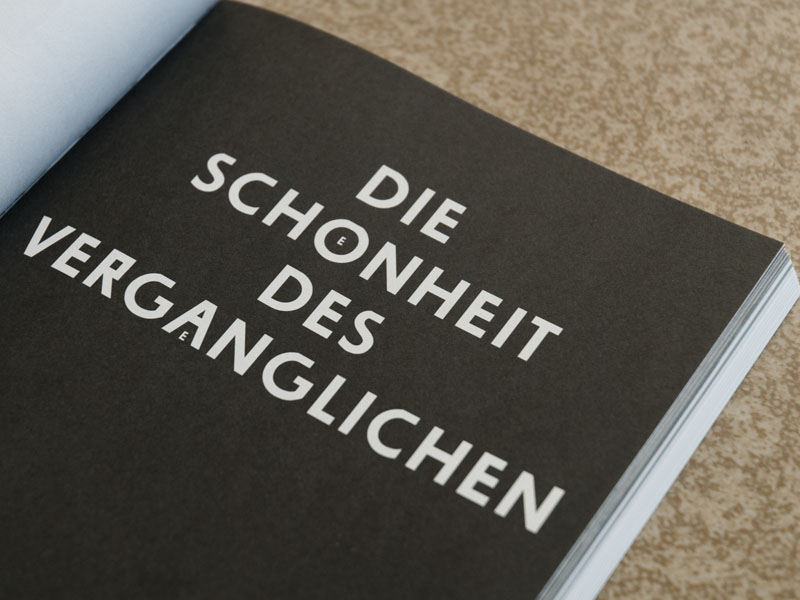 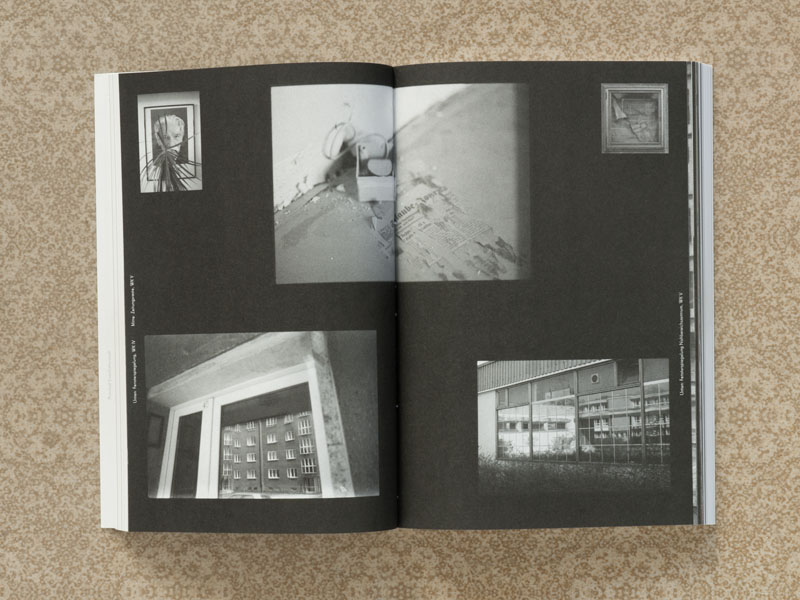 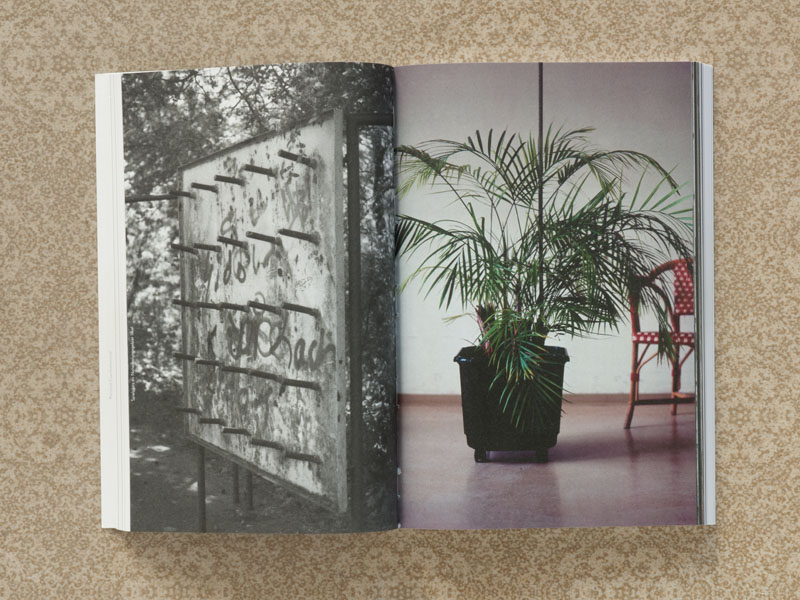 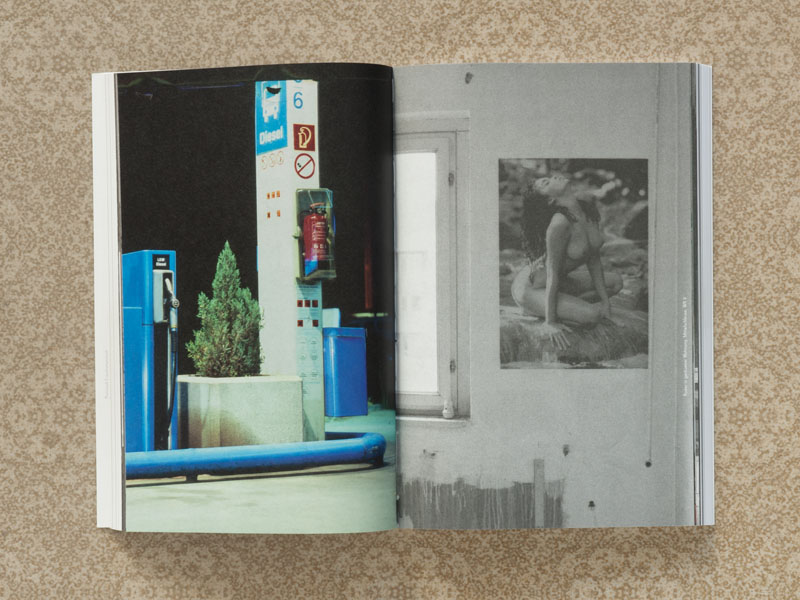 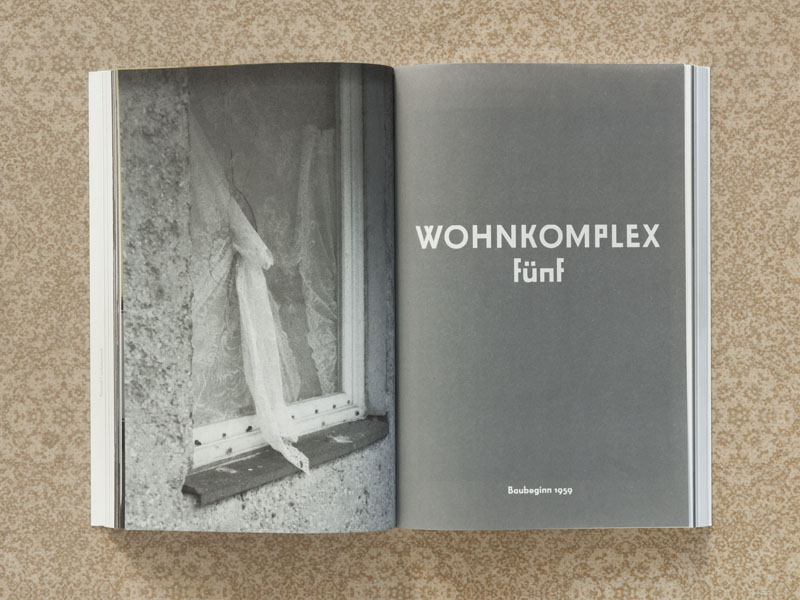 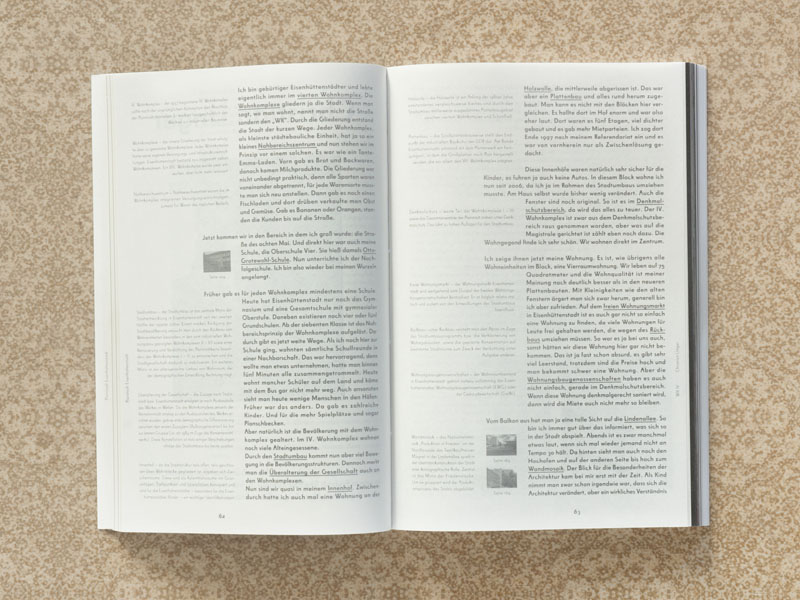 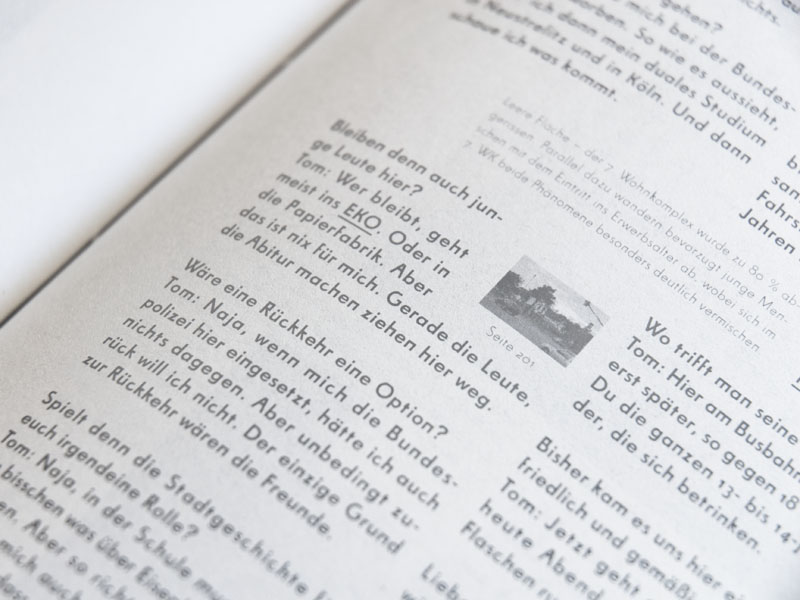 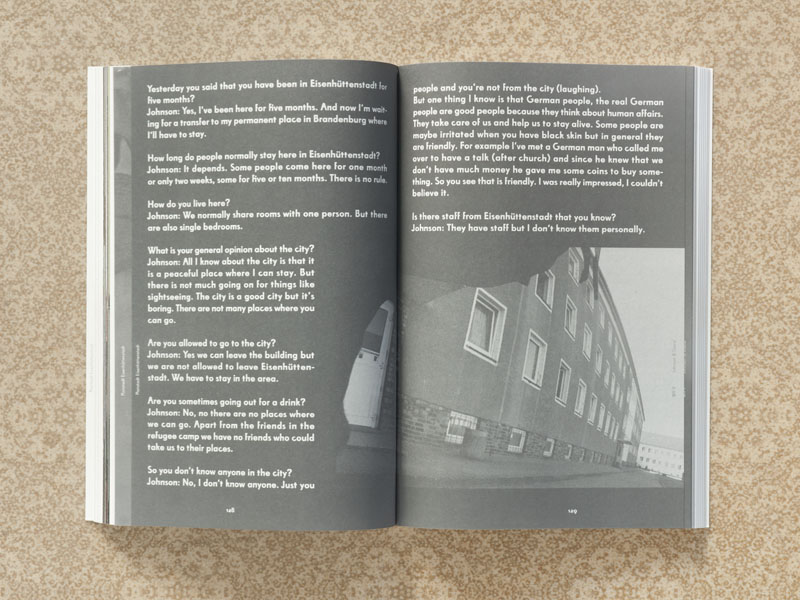 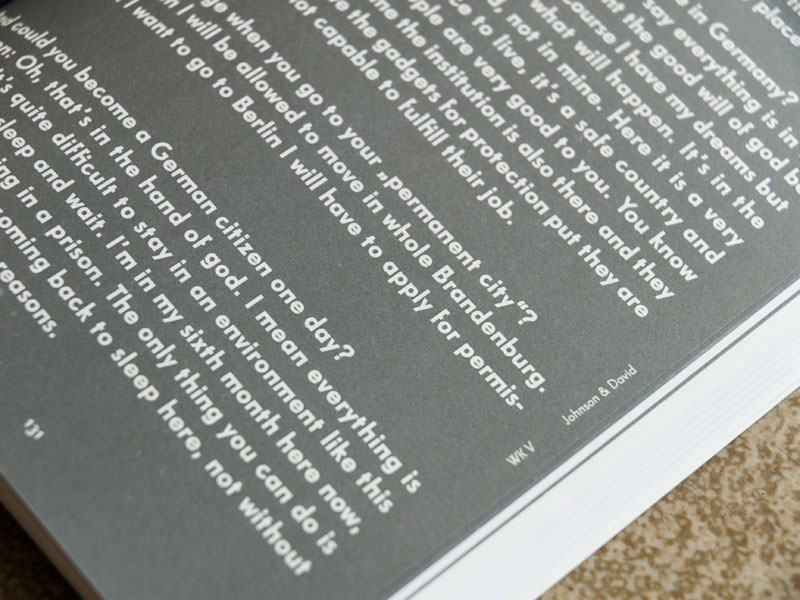 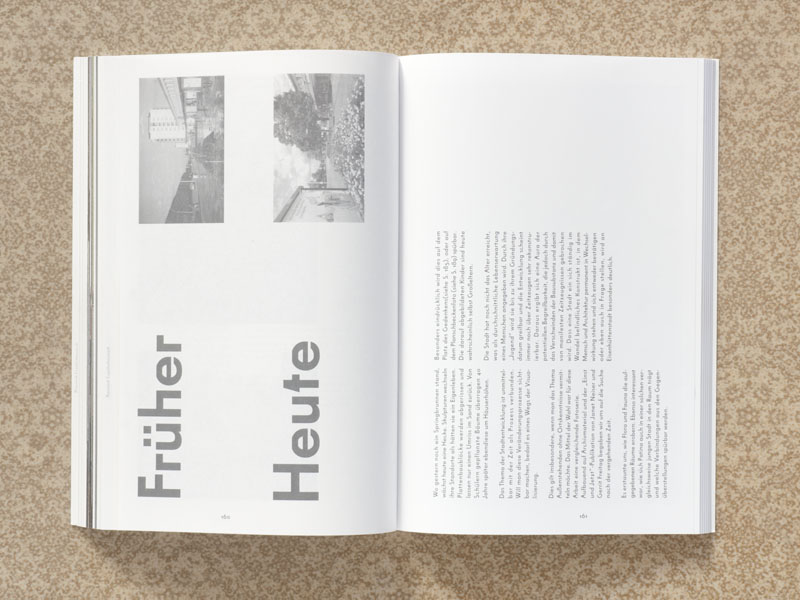 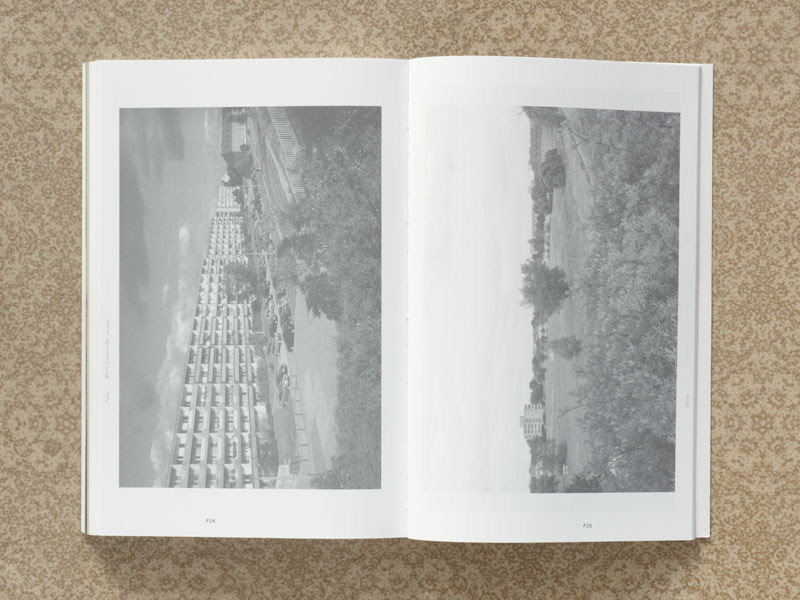 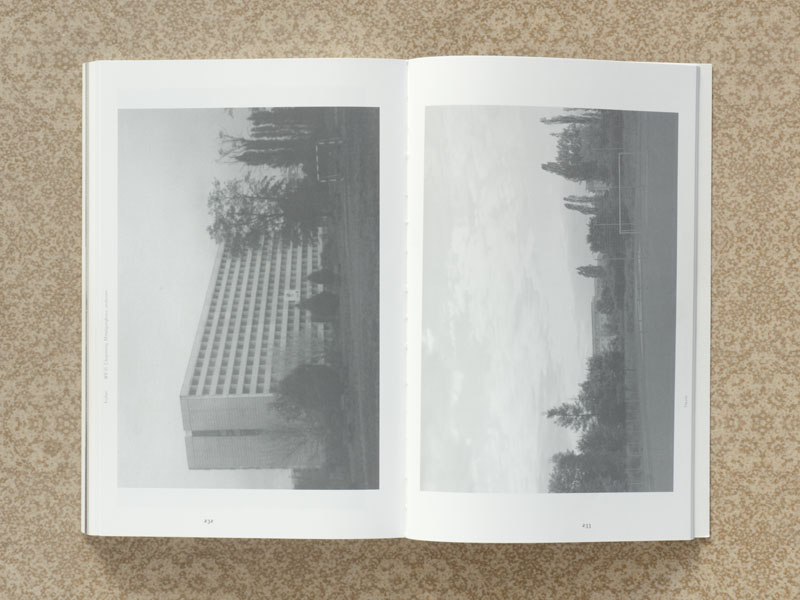 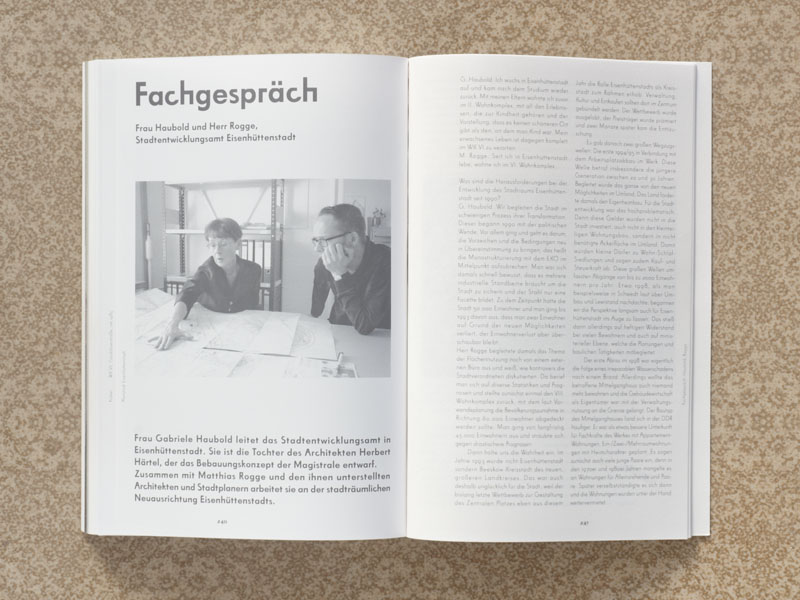 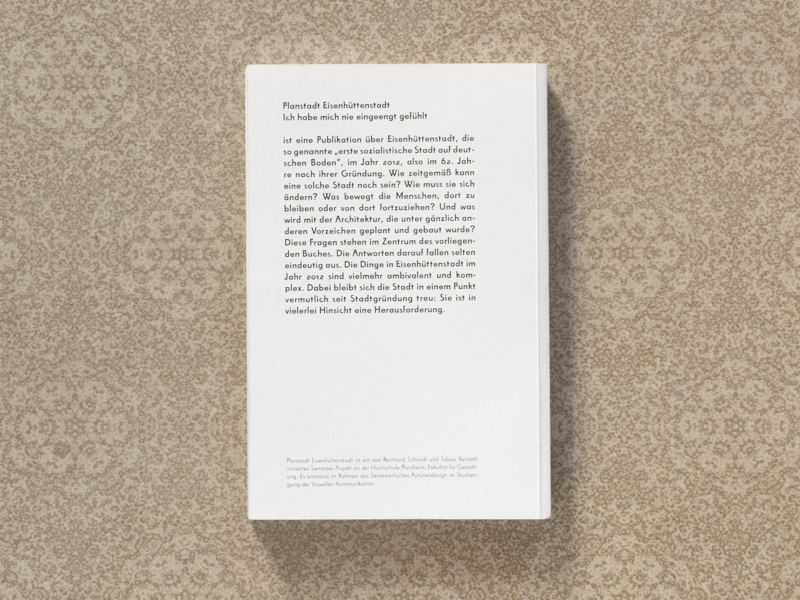 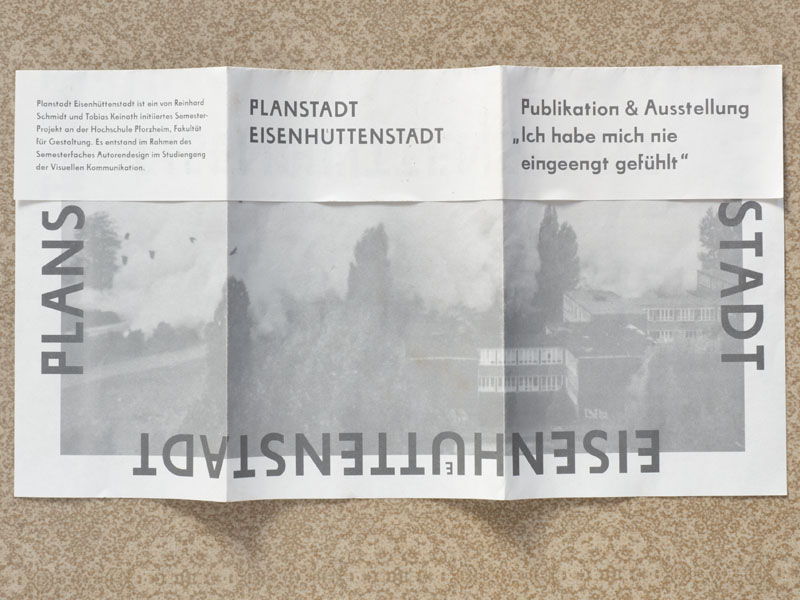 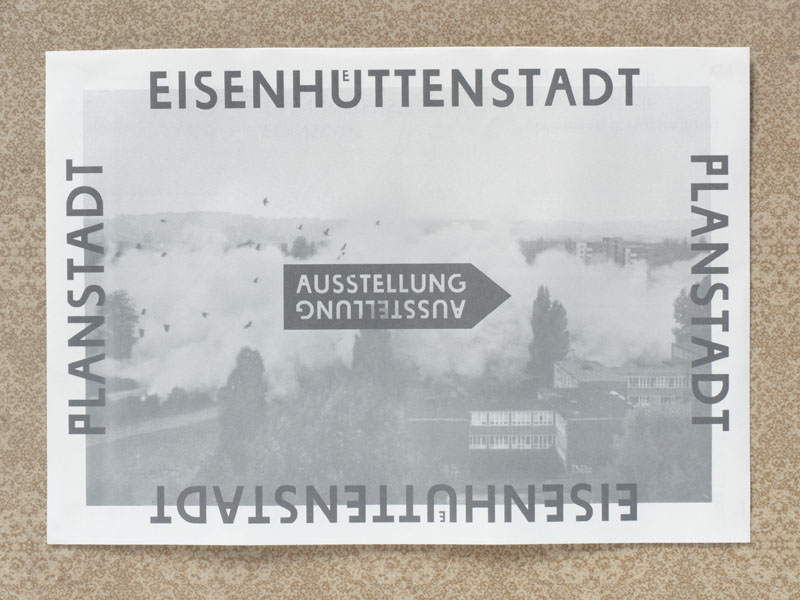 Eisenhuettenstadt is GDR’s first planned city, located in East-Germany near Frankfurt Oder. In the early 1950’s, this new city was built near an iron-hut to supply housing for up to 55.000 people.

While other planned cities were mostly built with readymade “Plattenbau”-segments, Eisenhüttenstadt’s city structure is more crafted and differentiated. It appears almost like a condensation in fixed-matter of the GDR’s vision of the life in idealism of the new socialistic man, as the GDR used to nurture it in the 50’s. The citizens often used to identify themselves with this, until the fall of the Berlin wall in 1989. After crucial political and economic changes, Eisenhüttenstadt is nowadays confronted with a completely different situation, a new lifestyle and new ideologies.

The publication and exhibition “Planstadt Eisenhüttenstadt” is meant as a possibility as an understandable approach to this field of tension. Therefore we asked ourselves what’s to be found apart from stereotypical choices, because everyday life is of course going on in UNO’s world biggest surface monument.

As authors we wanted to document the present status quo of Eisenhüttenstadt, follow the trails of the planned city, walk on its borders, and collect experiences of the citizens as a starting point of a deeper, selfreflected discourse on the relationship between man and architecture in this special place.

The exhibition took place during the annual semester presentation at Pforzheim University, Faculty of Design, during 13.07 – 14.07.2012, see project-post for further details.